Creative writing classes often reiterate the same lessons. Write every day. Avoid adverbs. Murder your darlings. But when you read, and read thoughtfully, you can pick up lessons that you’ll never hear in a writing class.

Here are 5 of the lessons I’ve picked up from my years of reading. They’re oddly specific, but they’re also more actionable than much of the writing advice I’ve been given over the years.

See what you think:

1) Contextualize your similes and metaphors.

I’m a sucker for similes and metaphors, but even I have come across some that fall flat.

Take, for example, one of the opening lines of 1491, a study of the lives of pre-Columbian Native Americans:

“In a few minutes the roads and houses disappeared, and the only traces of human settlement were the cattle scattered over the savanna like sprinkles on ice cream.”

This metaphor is jarring to me because it doesn’t fit in with the story’s background. Ice cream is not an image that I associate with being outside of human civilization, nor does it connect me with thoughts about pre-Columbian people.

Above: No ice cream here!

Madeline Miller’s Song of Achilles, on the other hand, works marvels with its metaphors.  From Miller, we get analogies that evoke Greek life:

“His skin was as smooth as freshly pressed olive oil.”

“Tiny gem-stone sized Phthia was the smallest of our countries.”

“She places each cold word as a tile in a mosaic.”

Miller constructs her analogies out of elements that her characters would be familiar with. By doing so, she enriches their psyche and enhances the sensation that we are seeing through their eyes.

2) Don’t be afraid to have more than one moral.

Most of us have been trained, from childhood, to finish a book and ask ourselves what “the moral of the story” is. As writers, then, it is easy to think that “the moral of our story” should be our starting point, our ending point, and preferably all the in-between points.

But that makes for a boring read.

Victor Hugo’s Les Miserables is a grand example of a story that has multiple morals. From Hugo, we get pearls of wisdom like:

“What is more melancholy and more profound than to see a thousand objects for the first and the last time? To travel is to be born and to die at every instant.”

“True or false, that which is said of men often occupies as important a place in their lives, and above all in their destinies, as that which they do.”

“Let us remark, by the way, that the hatred of luxury is not an intelligent hatred. This hatred would involve the hatred of the arts.”

None of these morals have any apparent connection to each other, nor do they make a significant contribution to the “moral of the story.” Yet, coming upon them is delightful, and all together, they transform Les Miserables from a story into a masterpiece.

Unless you’re re-writing Ulysses, your characters are probably moving through time, which means they’re going to be moving through:

JK Rowling excels at incorporating the calendar into the movement of her novels. We see Harry and the gang re-adjusting to school after summer, putting on scarves as the weather gets cooler, celebrating (or mountain troll hunting) on Halloween, studying for midterms, shopping for Christmas presents, mourning the end of Quidditch season. 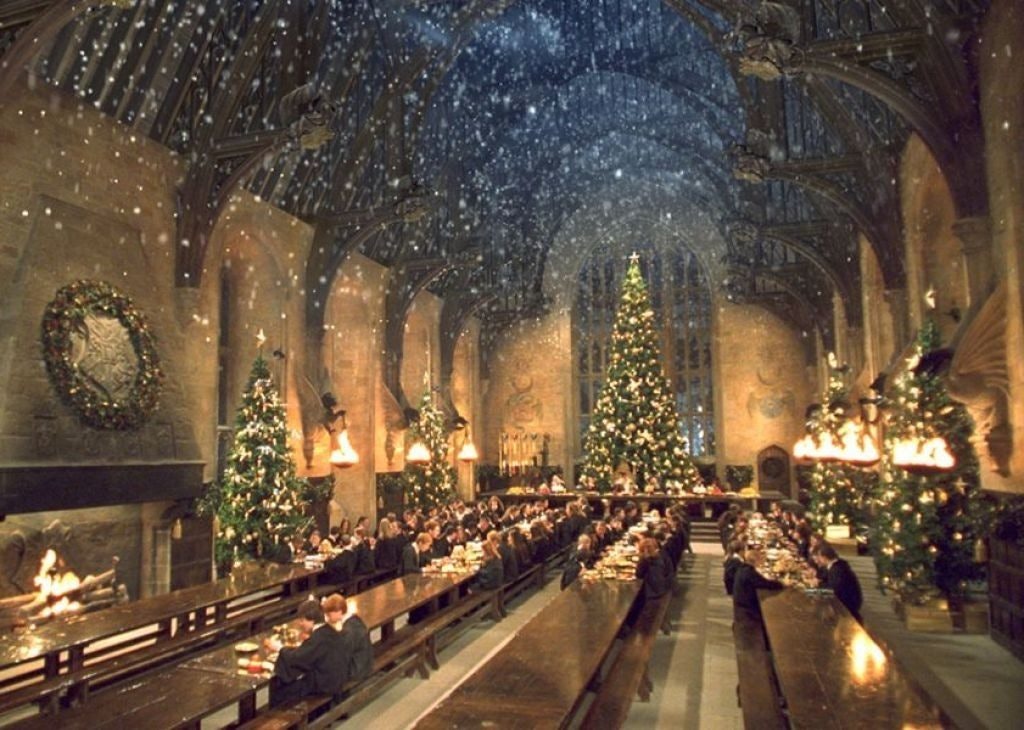 Above: I’ve always been bewitched by JK Rowling’s great hall, which features a ceiling that changes to match the weather.

Most of these details are found in the background of the story. Rowling still manages to overlay the passage of time with action-packed plotlines. Yet, her faithfulness to the calendar contributes significantly to her world-building–and at the end of the day, it is the Potter world, not the Potter plotline, that keeps superfans coming back for more and more.

4) Give your characters unique voices.

Most importantly, don’t give all of your characters the same quirk!

I like John Green’s The Fault in Our Stars, but it’s definitely not in my list of top ten books. Here’s why:

I can accept that one precocious teenage boy might say things like, “Hazel and I are going to watch V for Vendetta so she can see her filmic doppelganger, mid-two thousands Natalie Portman” or “the day of the existentially frought free throws was coincidentally also my last day of dual leggedness.”

And I can accept that he might fall in love with an equally verbose girl–for exactly that reason. The way they communicate is rare and allows them to make an unusual connection with each other.

But when a background buddy begins to say, “Thank you for explaining that my eye cancer isn’t going to make me deaf. I feel so fortunate that an intellectual giant like yourself would deign to operate me” and a random cabbie says, “Some tourists think Amsterdam is a city of sin, but in truth it is a city of freedom. And in freedom, most people find sin” I am turned off.

(Luckily for The Fault in Our Stars, an endless monologue from John Green is not so bad.)

You don’t have to write fantasy to add elements of magic to your writing. Just pay attention to the world around you. Look for things that:

Above: Canada’s Great Bear Rainforest looks like a great place to start to me!

When you find them, put them in your book, and you will come up with sentences like these:

“The cold air stung us and we played till our bodies glowed.” – James Joyce

“Legs, hands, carriage were a boy’s, but no boy ever had a mouth like that; no boy had those breasts; no boy had eyes which looked as if they had been fished from the bottom of the sea.” – Virginia Woolf

“Of all the seasons of the year, the rabbit most preferred winter, for the sun set early then and the dining-room windows became dark and Edward’s reflection appeared in the glass. And what a reflection it was!” – Kate DiCamilllo

“The submarine slope of this coral formation is steeper than that of any volcanic cone.” – Charles Darwin

What are your pet peeves in literature? What little things make a novel great in your eyes?

How do you feel about pop culture references in books?  OR

5 Genres You May Have Read Without Knowing It