Harry Potter and the Power of the Heptalogy

JK Rowling’s Harry Potter books claim 7 of the slots in the top 10 bestselling books of all times. That’s a stupefying statistic if I’ve ever heard one!

Rowling’s writing is enchanting in its own right. If she had stopped at Harry Potter and the Sorcerer’s Stone, the book still would have fared well with children. If she had wrapped Harry’s adventures up as a trilogy, she probably would have had a classic series on her hands. But to conjure up the empire that Harry Potter is today, Rowling had to call on a much greater and rarer power: the power of the heptalogy.

Perhaps the truest mark of JK Rowling’s genius is her ability to harness all the advantages of a seven-book series. Rowling goes where the likes of Junie B. Jones and Sherlock Holmes failed to go; instead of writing each story in a separate capsule, with a constant, static narrator, she weaves a story so intricate that you can find foreshadowing in the first book about the events of the seventh book.

Here are some of the charms that only a super-sized series, like Harry Potter, can support:

#1 The characters age with the audience.

We meet Harry Potter as a mussy, bespectacled 11-year-old who worries about making a good grade in potions and living up to his parents’ example. We follow him all the way to his eighteenth birthday, watching him begin to worry about girls, his career, the idea that adults might not be the trustworthy, all-knowing figures who guided him through his younger years. Even the tone of the books seems to “mature” with time. The first book, Harry Potter and the Sorcerer’s Stone, captures a child’s curiosity and wonder, while the seventh book, Harry Potter and the Deahtly Hallows, settles into teenage angst and world-weariness. 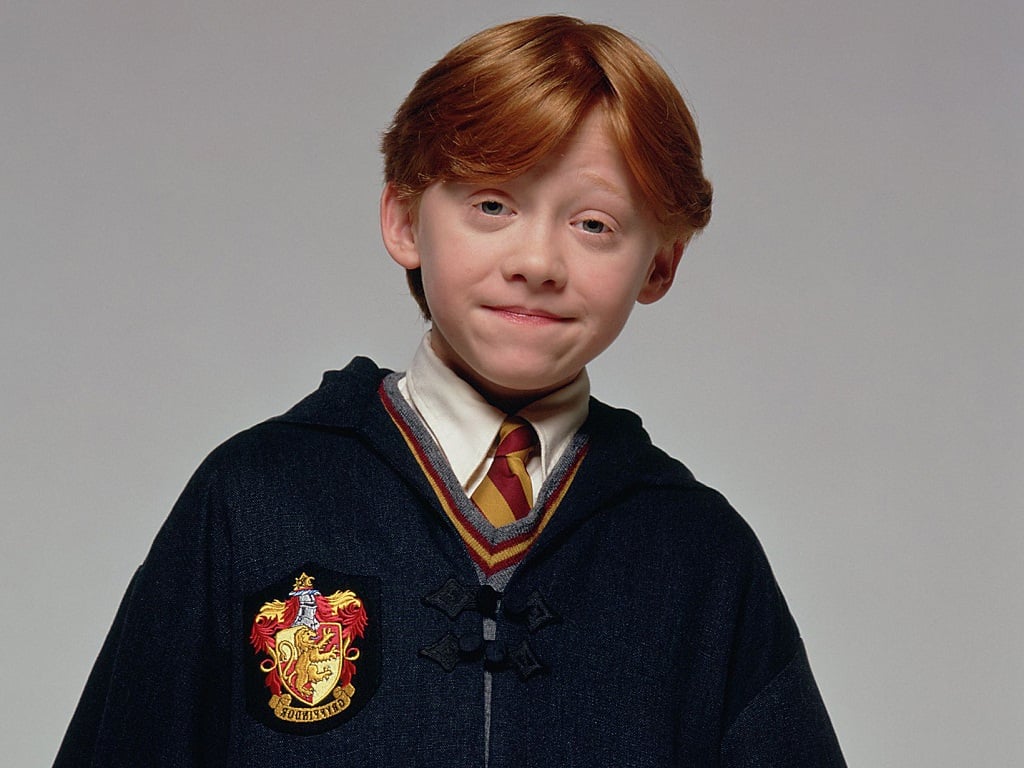 Above: I had a crush on little Ron Weasley, but by the end of the series, we had “grown apart.”

This age transition is masterfully handled, and it would be remarkable to any audience—but it was absolutely spell-binding to the original audience of this series because we were growing up at the same rate as Harry and coping with many of the same changes. The result of seven books being spread across seven years (both in the story world and the real world) is “the Harry Potter Generation,” a group of young people who align their own coming-of-age stories with the Harry Potter franchise.

#2 Everything has a backstory.

From the Hogwarts houses to the Womping Willow to Hagrid’s magical umbrella, everything in Harry Potter has a backstory—and those backstories are liable to put a twist in the main plot at any moment. If Harry Potter’s plot is a thrilling roller coast, full of ups, downs, and twists, then its backstories are the scaffolding that support the main track on its crazy ride.

In a BBC interview, Rowling explained that she wrote Harry Potter for obsessives, the people who latch on to every single little detail. Turning Harry’s story into a seven-book saga allowed her to lavish detail onto her audience; she created a world so rich in history and consequence that even relatively un-obsessive readers were set on alert, knowing that an offhand remark  like “phoenix tears have healing powers” could be the key to Harry’s survival later in the book.

#3 The reader is included in inside jokes.

We all laughed out loud every time Dumbledore reached for a handful of Bertie Bott’s Every Flavor Beans, and when Hagrid assigned The Monster Book of Monsters to his first class, and and when the Maurader’s map dished out smarmy remarks to Snape, courtesy of Moony, Wormtail, Padfoot, and Prongs.

The potency of these jokes is, which can only be understood by attentive fans, is that they make readers feel like they belong to a special “in-group.” In fact, that “in-group” has endured long after the seventh book was published, and to this day the internet is full of memes, based on inside jokes for Harry Potter fans.

#4 There’s always room to introduce (or kill off) a character.

Authors of single books or small series are usually booed when they try to introduce a character late in the game—and with this limited cast, they can’t afford to take out too many leading characters. The plot would fall apart without them.

Above: Except Hedwig. Hedwig didn’t have to die. IT IS NEVER OKAY TO KILL YOUR CHARACTER’S PET!

As the author of a super-series, Rowling has license to usher characters on and off her stage. The size of her world supports the size of her cast. Sirius Black can escape from Azkaban and plunge into Harry’s life without seeming too deux de machina. After all, we’ve heard of Azkaban a few times. And the intricacy of her plot allows her to snip major character threads without risk of the whole story unraveling. Dumbledore can get the ax, and the show will go on. He’s already planted so many clues in his trail that his influence is independent of his life. Of course, that doesn’t mean readers won’t mourn for the characters who die. We gasp and cry and long for revenge (or for our favorite character to be somehow magically reincarnated? I mean, it worked for Buckbeak!) Then, we reach for the next book, where our hopes might be answered.

Why do you think 7/10 of the bestselling books of all time come from the Harry Potter series? Whose death upset you the most? Are you still waiting for your Hogwarts letter? Me too.

4 thoughts on “Harry Potter and the Power of the Heptalogy”